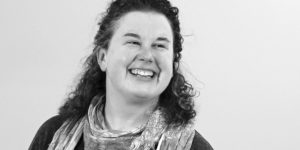 Cory's research interests followed the efforts to explore and define early influences on the development of emotional understanding and experience across the first two decades of life. Particularly, she was curious about early stress and familial influences – both genetic and environmental – on these processes, and how we might best parse risk factors and promote resilience.

At the Center, Cory pursued this work as the lead postdoctoral fellow on two National Institute of Mental Health-funded Conte Center grants, under Richard Davidson, targeting the development of behavioral inhibition in two adolescent populations followed since birth.

One study focused on a well-characterized community sample (i.e., the Wisconsin Study of Families & Work led by Marilyn J. Essex), while another centered around a cohort of monozygotic twin-pairs (i.e., the Wisconsin Twin Project led by H. Hill Goldsmith). She also worked with a project that involved following and imaging stressed and non-stressed infants over their first two years of life (i.e., the Baby Brain and Behavior Project led by Richard Davidson).